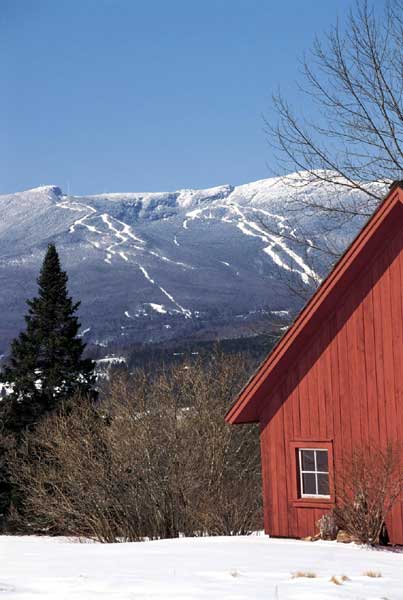 2011’s alarmingly warm autumn has many Vermonters reexamining their carbon footprints. Though the Farmers’ Almanac predicts some more white stuff  for January, winter seems to come later and later each year. According to the Union of Concerned Scientists, average temperatures across the Northeast have risen more than 1.5 °F since 1970, with winters warming most rapidly (4°F) between 1970 and 2000.

Vermonters aren’t likely to take this information sitting down, as mountains and winter make us who we are. There are many ways Vermonters can make a difference protecting their environment. You don’t have to buy a green home to make a difference, but it certainly has a significant impact.

Making your current home more energy efficient is key. The Vermont agency of natural resources has easy suggestions for the homeowner:

In some ways the ski industry has more at stake than your average Vermont homeowner. According to Protect Our Winters, a national organization that mobilizes the winter sports community against global climate change, skiing as we know it is on borrowed time. “In the Northeast, by 2039, the average ski season will be less than 100 days and the probability of being open for Christmas will decline below 75%.”

One important thing skiers and riders can do to reduce their impact on the environment is live closer to the slopes. The automobile is the primary means of transportation used by leisure travelers in the US; our cars are the second biggest contributors to our individual carbon footprints. We use in excess of 430,000,000 gallons of gasoline every day. American car travel generates nearly 1.5 billion tons of carbon dioxide every year.

Make 2012 the year you make a difference: live where you play.  Contact me for more information about Stowe Ski Homes and Vermont vacation properties.

”Mountains make us who we are.”

This entry was posted in Green Living and tagged Best-of-VT, skiing, Stowe, vermont vacation homes. Bookmark the permalink.
← Inn for the Holidays: Fox Creek Inn, Chittenden
Getting Fit at Home in Addison County →